While in New York he was involved with research on hypovolemic shock, which in 1984 resulted in the design of an indwelling ondometer catheter that obtained a worldwide patent.  In the meantime, he passed his surgical boards with the Belgian public health office in 1984.

After 8 years in private practice in Gent, Belgium he joined the “Université Libre de Bruxelles” in 1992 and became an attending surgeon at the St Pierre University Hospital in Brussels in the gastro-intestinal department under leadership of Guy-Bernard Cadière. It was Cadière who assigned him with the development of robotic surgery in the department of gastro-intestinal surgery. Because of his specialization in laparoscopic inguinal hernia repair in the early nineties (he actually designed a self deploying mesh for hernia repair). Dr Himpens was in good terms with the medical companies that focused on specific tools for extra-peritoneal hernia repair.

One of these companies was Origin ° (Mountain View, Ca). Dr Frederic Moll, one of the founders of the Origin company had acquired the full license to the telepresence NASA-SRI system and started a company called Intuitive Surgical Inc.® to further develop the “robotic surgery”. He quite logically involved Dr Himpens with the implementation of robotics in laparoscopic surgery.  After extensive in vitro and animal experimentation. On March 3, 1997, Himpens performed the world’s first “robotic” procedure, which consisted of a laparoscopic cholecystectomy with the Intuitive Surgery “Mona” prototype. Exactly as is the case today, the surgeon was sitting at a console, at a distance from the patient, and activated robot arms (2 at the time), i.e. a master-slave configuration. Later on, Himpens remained personally actively involved with the first developments of “robotic” surgery and performed numerous “robotic” procedures such as Nissen fundoplication, lysis of adhesions, lumbar sympathectomy, inguinal hernia repair, intrarectal procedures and even a few adjustable band gatroplasties (AGB). The latter procedures were in line with the developments at the department since Himpens had assisted professor Cadière when he performed the world’s first laparoscopic adjustable band gastroplasty (AGB) in October 1992.

Nevertheless, both Cadière and Himpens came to the conclusion that robotics did not add any specific benefit to the everyday surgical procedures, and to obesity surgery in particular.

Starting in 1993, Dr Himpens had combined his academic career with a brand new bariatric activity in private practice. He thus founded the bariatric unit at the St Blasius Hospital in Dendermonde, Belgium, and in 2004 the bariatric department at the Edith Cavell Hospitals (CHIREC) in Brussels, Belgium. After having personally performed some 1000 AGB procedures he performed the first laparoscopic gastric bypass in Belgium in 1999 and the first laparoscopic sleeve gastrectomy, followed by the first biliopancreatic diversion with duodenal switch in 2001. Starting 2003, he and his team at the St Blasius Hospital have performed close to 2000 laparoscopic bariatric procedures a year, but as of 2004 these no longer included AGB. Instead, all other “classic” bariatric procedures were systematically performed in the department according to an empirical algorithm Himpens designed and published. By 2016 he had performed over 15000 laparoscopic obesity procedures, many of them revisional. In February 2013, he obtained his doctor’s degree at the University of Maastricht, in the Netherlands under the guidance of professor Jan-Willem Greve with a thesis “Adjustable Gastric Band, Sleeve Gastrectomy and Roux-en-Y gastric bypass by laparoscopy: long term outcomes and laparoscopic strategies in case of failure”. In addition to his appointment with the Université Libre de Bruxelles, he is part of the faculty at the Institut for the Research of the Cancers Digestifs (IRCAD), in Strasbourg France, where he taught laparoscopic bariatric surgery.

Over the last years his teaching commitment consisted of training of numerous residents and fellows –many from abroad- whom he successfully encouraged to publish in distinguished journals.

Recently, in cooperation with professor Francois Pattou he got involved with the research on Natural Orifice Endolumenal Strategy (NOTES) at the university of Lille in France and the use of this technique for the treatment of type 2 diabetes mellitus. To this purpose he developed and co-patented an incisionless anastomotic tool that is manufactured by the Cousin ° company (Wervik, France) and is presently being evaluated in animal tests.

He is president of the International Federation for Obesity and Metabolic Diseases (IFSO) 2017-2018.  He is a co-opted member of the Belgian society for Obesity and Metabolic Diseases (BeSoms). Because of his achievements in bariatric surgery in 2015, he was awarded the title of honorary fellow of the American Society for Metabolic and Bariatric Surgery. He is an honorary member with the French and the Spanish Society of Obesity Surgery (SOFFCO and SECO, respectively). 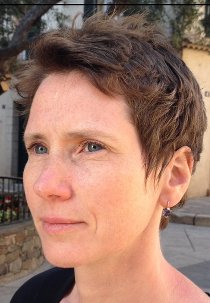 Doctor Dandrifosse followed university classes at the Université of Liège (ULg).  She received in 1995, her degree in Doctor of Medicine, Surgery and Childbirth.
She then pursued a specialization at the same university. At the end of her studies, she was awarded a University Diploma in General Surgery in 2001.

After two courses at the ULg, Anne-Catherine Dandrifosse extended her apprentiship by multiplying training courses in various hospitals and universities. She began with an inter-university in colo proctology at the Hotêl de Dieu in Paris in 2004. Inter-university certificate of Medical Management was then issued to her in 2006 by the Université Libre of Brussels (ULB) and the Université Catholique of Louvain (UCL). In 2006, she did an internship in surgery on Inter-Stem therapy for intestinal control at the Hôpital Universitaire of Maastricht. She continued with a minimum incision surgery internship in 2008 in Strasbourg, followed by European workshop at the Erasmus Medical Centre of Rotterdam in 2008. She returned in 2010 the university degree of hepatobiliary surgery at the Hôpital Paul Brousse in Paris.  Anne-Catherine Dandrifosse received in 2015 a university degree in Clinical Nutrition (Ulg, UCL, ULB).

From 2002 to April 2015, Doctor Dandrifosse was a visceral surgeon at the Centre Hospitalie Régional of Liège, and exercised, among others, the position of Chief of Staff. She also consults as a surgeon of obesity at the Clinique Mont Saint Martin of Liège since 2013.
She is also a bariatric surgeon at Chirec since 2014. She practices in the new Hôpital Delta. She personally performs over 300 surgeries. Since 2015, in addition to her functions as a surgeon, Doctor Anne-Catherine Dandrifosse is a nutritionist doctor which allows her to better follow her patients.

Since May 15th, Doctor Dandrifosse works within the Network of Food Balance and the Respect of Body Image. This network’s goal is to reunite the various specialist involved in the care of patients seeking to change their eating habits.

Parallel to her professional activity, Doctor Anne-Catherine Dandrifosse is part of various associations, federations, and companies. For example, Belgian Section of Obesity and Metabolic Surgery and the International Federation for the Surgery of Obesity just to name a couple.

No element in this category

The Liège secretariat is supported by Madame Catherine Deridder 0497 188402. The coordination of the files is supervised by Madame Fabienne Lucas 0474 447007 at the Chirec site. Doctor Matthieu Clanet, anaesthetist is present at every stage in intra-hospitals. Two nurse instructors, present during the interventions, keep contact with the patient after they leave the institution. Doctor Julien Di Bella, visceral surgeon joined the team in 2017. Psychologists, dieticians, cardiologists, pneumologists, sports doctors, gastro entomologists, radiologists but also a team of nurses at Hôpital Delta have particular experience and motivation in the management of obese patients.

How do you choose your surgeon to treat obesity?

Are you suffering from obesity and want to have an operation? A severe obesity surgical treatment requires the choice of an experienced professiona...

The gastric plication to lose weight

Different technics allow the obese patient to lose weight. Among the more recent, the gastric plication addresses the moderate obese. In the absenc...